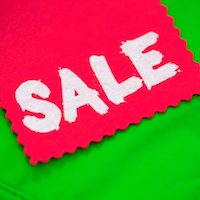 A friend the other day suggested that he drop his prices for a few weeks and I questioned what the rationale was behind the intended price drop. I wanted to check that there was a valid reason and it wasn’t just a knee-jerk reaction that led to the idea of creating sales campaigns. 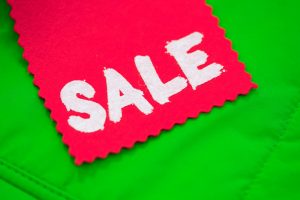 I only know of 3 reasons for sales. I’ll define sales as campaigns based on a short-term price reduction, such as end of season sales, January sales, etc. To be clear, I’m avoiding discounting and similar activities to keep specific customers happy and/or make the sale which I see as a different set of activities.

The 3 Reasons for Sales Campaigns

1: Due to Inaccurate Estimates

The provider chain (including the parts supplier, manufacturer, distributor and/or retailer and any combination of the above) has inaccurately estimated the amount that customers will buy at the RRP. So they need to shift stock rather than have it build up in the warehouses or showrooms. This sometimes occurs because a new model is coming out or because the weather was as predicted (and so not as much ice-cream was sold the week before). The answer could be that the MRP/RRP was always too high for the market and so the price drop is, in effect, a reduction to a more valid price that the market can sustain.

Another reason for limited campaigns is as the basis for lead generation in terms of selling nearer to cost or at a loss to acquire new customers. A reduction during the campaign can lead to a long-buying customer that otherwise could have been tempted by competitor offers. The typical view is that a the price of the reduction is vastly outweighed by the long-term revenue from the customer. However this should be validated in your own organisation. In some sectors, customers are increasingly becoming used to jumping from competitor to competitor, getting the new deals available only to new customers.

On that subject, it is also worth considering the aspect on existing customer. Some may feel maligned or forgotten, depending on how important the price reduction would have been to them.

To create a boost in what customers are buying for a short period of time. This could be to alleviate a cashflow issue, e.g. to avoid company administration or pay annual tax bills, etc, or could be to alleviate another pressure, e.g. warehouse needing emergency repairs so some stock needs to be removed (and sold) rather than stored. In the case of cashflow, this could have been considered as a subset of (1), in the money is the resource. However considering many of the instances requiring short term boosts are unforeseeable, the boost is instead intended to be used as a stabilising factor.

In most industries, there are resources that do not generate revenue if not  being actively used, but the companies need them available in case of larger contracts. For instance, telcos provide ports to corporate customers, the number is static so spare, unused capacity could be packaged into a campaign. Similarly, larger consultancies operate a bench (usually quite lean) with consultants who are not actively being resold to clients. However this this is just another form of (1). Had the company planned better, then these resources wouldn’t be spare. So we remain with 3 reasons.

The better the company at predicting and responding to the future needs of its customers, the fewer sales campaigns it will require. This does require the company to act on those forecasts.

The issue with (1) is that while it makes sense, there should be an associated activity. This secondary activity should be to look at whether the assumptions in the original plan are accurate in hindsight and whether they should stand for future forecasts. For instance, if you’re reducing your price to meet the market expectations, then actually that’s your price, not your originally-inflated price.

So you’re about to run a sale, which reason are you using?