Is this a bad time to talk?

Is this a bad time to talk? 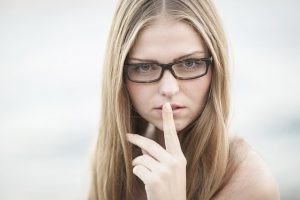 There are times to make people feel comfortable, to help them feel that the change is achievable. There are also times when we need to remove that comfort and destabilise temporarily, so that they can work towards a solution. We commonly reintroduce comfort, or better still guide the audience towards discovering the own new level of comfort.

On a smaller level, that element of something not being on script can be incredibly useful.

Think of those situations when someone has spoken out of character for the event. They’ve gone off-script and either talked about something not relevant or worse completely inappropriate for the situation. To borrow an example from the television series Frasier, I remember Martin Crane, the retired police officer, opening up a conversation at a dinner party talking about human entrails when asked about the buffet “Isn’t this the worst thing you’ve ever seen?”. The point was that it was the wrong thing to say, it made the rest of the party guests uncomfortable. He didn’t respond on-script as was expected.

Another example we’ve all experienced would be opening by discussing “How are you?” If the person responds with negative comments about their day or health, there’s usually a moment of awkwardness where you’re waiting to see if they come back on script. This is usually regardless of how much you care. Even if you care a lot about the person, it’s still awkward if you had only said “Hi, how are you?” as a typical greeting. If they continue the off-script information, again we get that deeply uncomfortable feeling, much like Martin Crane’s audience. If they return back to on-script, then all is well and you can address any concerns that they had raised.

But we can harness some of that off-script without alienating our audience, without making them uncomfortable.

An Approach from a Former FBI Lead International Kidnapping Negotiator

I came across Chris Voss through his book on negotiation. It’s an amazing book and easily one of the top 10 books I’d recommend to anyone starting out in business change, business analysis, etc. Most of those jobs are about people, not the technical aspects, so if you can interact better with people, then you’ve got a head start on your other analytical/change colleagues. If you haven’t yet read his book on negotiation, then do so. It’s full of useable advice, ranging from small of this type of scale to larger pieces that may change how you regard the practice of negotiation.

When I mentor, I ask how the mentee prefers to learn. Some want the quiet time of a book, others want to listen to podcasts. Increasingly common is the option of learning through videos. The most common overlay on all of them is the wish to learn by doing, shortly after learning the theory.

So I set off to see what videos I could find of Chris Voss online. And there is some formidable content available, ranging from Google presentations, to his interview with Lewis Howes and a significant number of other videos, all of them valuable.

I came across one nugget in the videos that I hadn’t read in the book and it’s it’s amazingly simple.

In his interview, he mentioned that instead of asking “Is this a good time to talk?”, we should ask “Is this a bad time to talk?”. He followed this up with stating that it’s because the person has to think about how they answer and that they’re in the position of agreeing, it’s a bad time and then having to suggest a better time. Whereas if you ask if it’s a good time, they can respond with no and the option to re-engage is with you.

I’ve tried it and it was a very informative experience. I noticed that my partner in the conversation started to respond (probably to the question that I hadn’t asked “is this a good time to talk?”), then checked himself, paused, thought, then had to rephrase his responds to fit the question. It worked, I’d convinced someone with a full diary to spend 10 minutes unscheduled time with me on the phone at 9am on a Monday morning.

I intend to keep using it in the hope that it doesn’t become the new norm where it loses it’s power of being different.

A couple of relevant videos for you, referred to above and embedded here