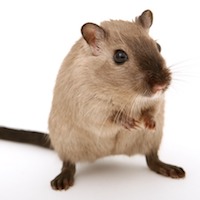 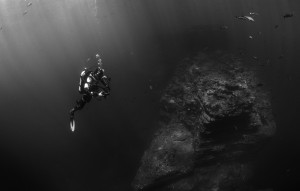 Diving in Black and White

I’ve always liked the concept about innovation being the introduction of something that’s already done in one industry sector into another sector where it’s not (yet) done.

Unfortunately, it doesn’t stand-up as a complete definition of innovation. For instance, it falls short by not recognising innovation from within. By that, I’m not referring to new types of products (e.g. the internal combustion engine) since those would be better classed as inventions. Many new products are existing concepts with new features, so would be better described as improvements. But taking a product and using it for a different purpose, e.g. using an internal combustion engine to power a unicycle could be an innovation.

What I like about the simple concept is that it immediately makes people think about what they can borrow or steal from one sector and apply somewhere else. It’s a really motivational concept for helping a team think differently about the work that they perform. It fits well with SCAMPER (e.g. acting as the substitution element) and other brain-prompting methods.

A Story of Innovation

I’m reminded of a story about mouse-mats. If you remember computer mice, they used to have a ball on the bottom (some still do). And that ball needed a surface that would grip as the mouse moved and the ball travelled. The surface had to be flat and had to be resilient enough that it wouldn’t pill or flake and end up clogging up the mouse ball.

At the time, bear in mind this was in the era of moving from 8-bit to 16-bit computing, computer mice were a novelty and so mouse mats were both rare and expensive.

It turns out that wetsuit material worked very well. So the subject of this story went to a local shop selling diving supplies. He asked for a small piece of wetsuit material, say 6 inches by 6 inches. That was in contrast to the standard of ordering enough for a typical wetsuit. The sales assistant asked him why he wanted such a small piece of material. The subject responded:

There are three interesting points to draw from this:
1) We can see innovation as a method for doing things cheaper or more efficiently (not always both)
2) There was an untapped market. 20-30 years later, you can now buy neoprene wetsuit material mouse mats on ebay.
3) Some of you are thinking about the practicalities of small rodents in scuba gear…

As you can see, it’s a simple method and works wonders to get your brain moving and open to new ideas. It can be as simple as asking people, how they did it in previous jobs. Or asking them to think how their car salesman, their baker or their postman would approach the task.

Let me know how it works for you and your team.