Funk and the Groove of an Ideal Transformation

Funk and the Groove of an Ideal Transformation 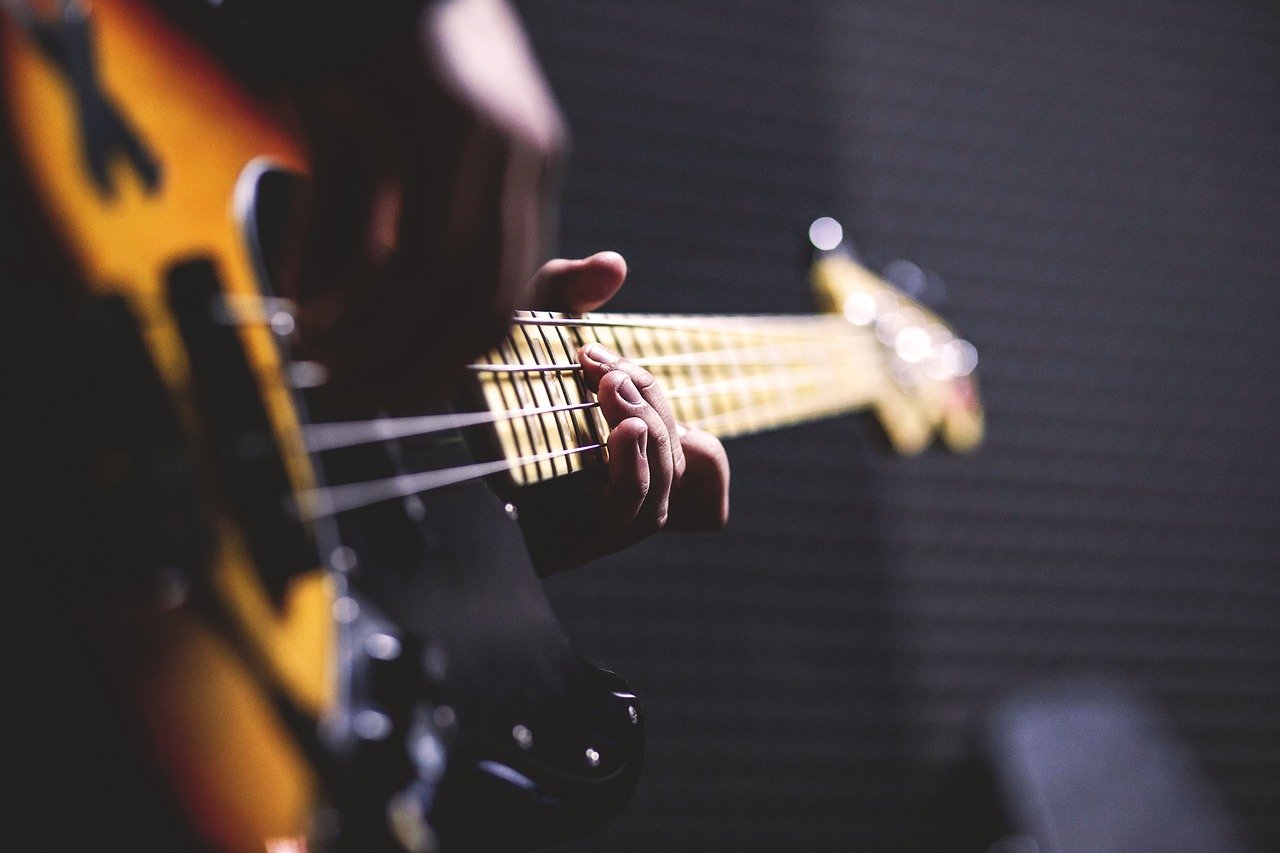 Think of a funk song. Think 1970s, possibly even early 80s, most likely from the US. There is a pattern to the tunes that wedges the music in your mind whether you like the genre or not. It gets the beat and the message across. So what can we learn from funk to improve our transformation initiatives?

Want to follow along? Here’s the Spotify Playlist for Funk and Transformation:

Let’s start with one of the most famous, the cymbal crash at the beginning of

This tells you it’s a different song from what you listening to before. It sets your expectations to listen and to be aware of what’s coming. This is an initial communication at the start of the transformation programme letting people know there’s change in the air.

Notice that not every funk song starts this way; some have a slower intro and a slower build-up.

There’s one issue with the attention-grabbing intro; we’d better have a complete programme ready to go from that point; fully planned, fully resourced, fully financed, fully engaged, etc. Like great funk songs, we don’t need a fanfare but if we do have something brilliant like the bassline to Jungle Boogie, then a dramatic intro can work magic.

Other examples are the:

A more typical intro to the groove is the drum flam. Its fluidity tells you it’s not part of the previous song, it’s something new:

Regardless of the initial intro, we’re aiming to separate our initiatives from those that have gone before, especially if those didn’t fare well. This is the chance to proclaim your differences, how you’re more likely to succeed. Hopefully by this point, you’ve already listened to people, you’ve analysed and understood the environment and the current operation and morale. So there’s a better story to tell. This is the opener.

The Introduction of The Groove

All funk has the groove as its foundation. Bootsy Collins described it as all being about the 1 [of 1,2,3,4]. Get the 1 right and the rest will fall into place. Get it wrong and it doesn’t matter how good the rest is, it will fall apart.

That groove sets the scene for the rest of the song. It sets the timing, it highlights what’s important (through accents) and it leaves space for other melodies to come in and out.

The groove is the backbone of the song and will continue throughout a significant portion of the song. It’s formed by the drums and the bass together. Either can start. It depends on the style and the theme of the song.

The drums set the timing. They set the rhythm. The bass sets the tone of the song and the light-heartedness. The drums tell you when to dance. The bass tells you the type of dance.

These are the early stages of the programme initiation and communications. It’s setting the scene. We can hear there’s a rough vision. We know it’s coming. We know that we’ll get more detail because that’s how funk is structured. We don’t know what it’s about yet (nobody’s sang the verses yet, let alone the chorus), so there’s no detail at this stage.

For drums, again think of

For drums and bass together:

Everything else, strings, guitar, horns, vocals work on that foundation.

There are times when another musician is so good that they can outline the vision, playing a part that’s not commonly expected. Think of it as a T-Shaped person (or a broken-comb). Witness the vocals (George Clinton?) at the start of

Guitars rarely set the groove. They can intimate at what the groove could be, similar to describing an object by describing the shadow it casts. Or more commonly, they reinforce it. They don’t set it. Think of the following tracks:

In each case, we only encounter the groove when the bass and drums come in. From a programme perspective, we need the messages in sequence and we need to have the arrangement in place to know what messages work best at which times and for what type of programme. Different programme, different messages, potentially different sequence.

This is where the guitars and keyboards come in.

Here we get more detail of what’s to come. Whereas the bass could (but generally doesn’t) avoid the overall harmonic content of the song in terms of whether it’s primarily in a major or minor key, the supporting instruments get straight to this point. If you didn’t know before, you knew by know whether it’s a happy or a sad journey.

Listen to Yum Yum and the guitars give you a much better idea of whether the song is upbeat or laidback.

Sometimes the timing of this build up of instruments can be compressed to a timeline similar to a pop, e.g.

This works better for shorter programmes where the duration is compressed, but similar to starting with a fanfare, there’s no time to develop ideas.

Here we hear the main vocals for the first time. We hear the preamble of the story. Usually describing the man/woman (it is funk after all) or a general state of being. For a programme, this is where we describe how we got here and where we’re going. We add even more detail to the vision, describing it in words in a way that the guitars and keyboards weren’t able to describe.

Almost every funk song with vocals has a verse, so there’s nothing special there. Let’s go with this for the narrative description:

Others take it to the extreme, describing in more detail, step by step:

This is the fanfare telling us what’s happening and that we need to be involved. This is where we ramp up the engagement. The story of the verse has set the stage. Now we need to get that audience participation motoring. We should have been engaging throughout the intro and verses, but we’d have had to think strategtically about where best to engage. Now it’s a wider audience. This is the call to arms.

And for an example of Bootsy

Or of using horns to emphasise the coming of the chorus (although horns are used to great effect everywhere in this song):

The most famous bridge of all in:

The horns and the ascending keys:

This is the main act. This is the transformation. You’ve already got the audience foot-tapping, rolling to the rhythm, you’ve got them listening to verse and then got them energised during the bridge. Now we act.

There are more voices at this point. So we have to ensure that the same message is continued throughout. Whether in unison (e.g. same message, same delivery but multiplied) or in harmony (e.g. same theme, but different messages to describe that theme). Whatever’s said has to be memorable. It doesn’t need to rhyme for the sake of it. It’s a soundbite that carries the transformation through.

An optional phase consisting of the same overall theme, but with a different energy to it. This serves to add contrast to the rest of the song, allowing us to return to the main concepts with renewed vigour.

Two options for funk songs. The majority fade. They’re meant for the dance floor where the DJ would mix into the following song. But some don’t fade or fizzle. They stop. It’s a planned stop and you know it’s happened. There’s enough time to fade to another song, but this song is stopping.

A good transformation will end as planned, delivering the expected outcomes. It paves the way for subsequent transformations which are clearly separated by the clean end of this one and the Intro’s Intro of the following.

Putting It All Together

This was originally by Bill Withers, but the tone of this version is darker, moodier. We get a feeling for that tone in the opening bars. It’s serious. It starts with drums, but then keys add decoration and they’re not presenting a happy tone. We then find the groove when the bass enters. Other keys and guitars fill out the mood. The opening line consolidates the mood. But then the horns appear. They’re in stark contrast to the rest of the song. You know it’s coming. The chorus features several voices with a message that’s been repeated throughout the song. As a bonus, it features a key-change to grab attention, heighten the mood and give the whole song an edgier feel.

Start with the fanfare and you’re straight into the main theme. So where do you go from there? Have people had time to prepare, to build up? Think of any club (or especially people in pubs dancing away the night), they’ll be singing the words in anticipation.

Rather than building it up, this song takes it in a different direction and emptied the soundspace after the initial fanfare so dancers could sing along to the “duum dumm dumm dumm”

Instrumental Funk. No vocals but there’s still a message

Poppier but slower with a more measured pace:

The bassline for the groove, the horns and the chorus sampled by Fatboy Slim: