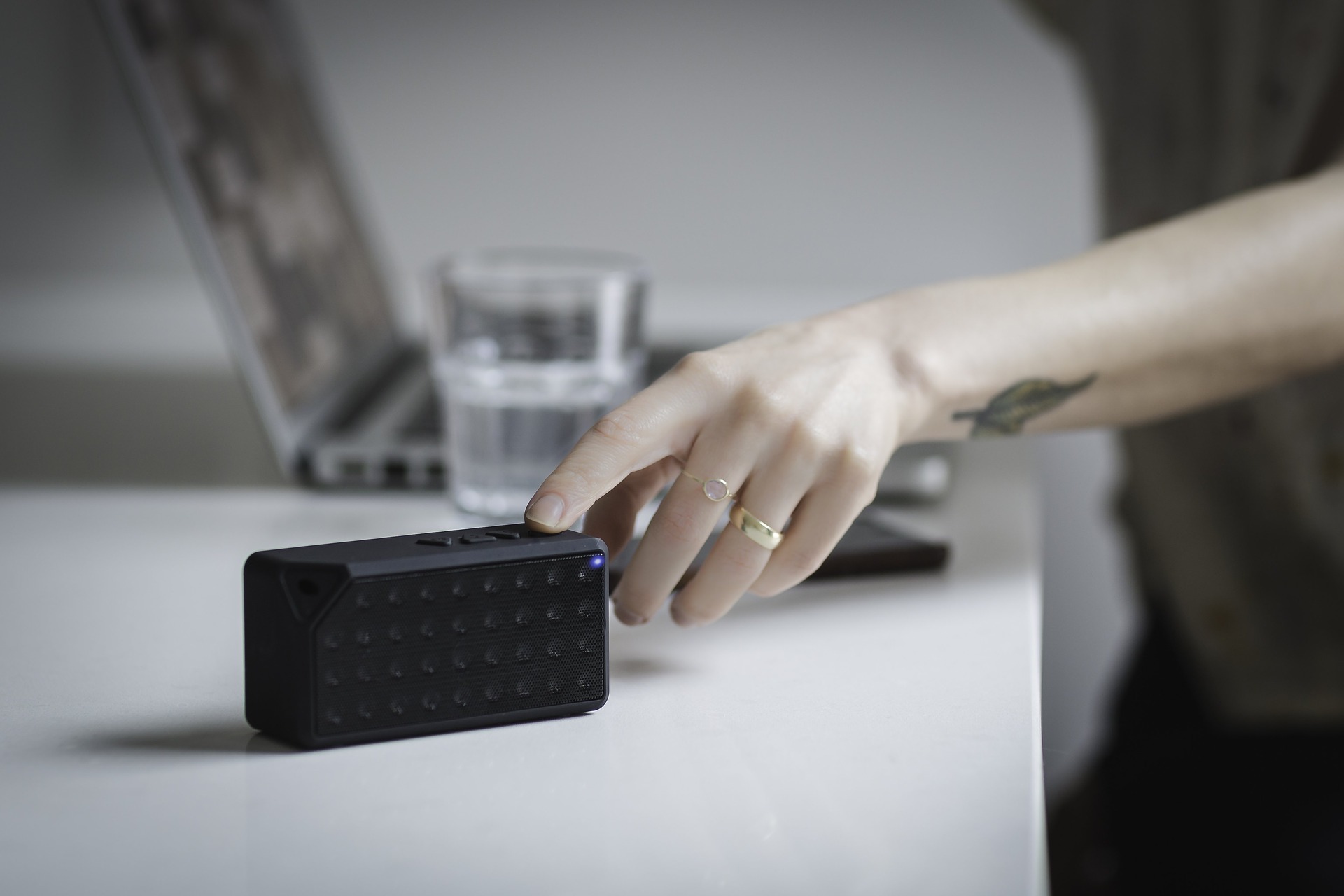 How long does it take you to do what your customers want? Not just the first part, but the whole of it?

I see this pattern commonly replicated across service industries. It involves a very short spike of activity (e.g. 5-20 minutes) followed by a lengthy delay where something is sent to the customer and the organisation waits for the return. This is followed by a 2nd spike of activity which in turn is followed by another lengthy delay. Depending on the bureaucracy involved, this process may involve several rounds of spike and delay, each adding to the overall delay in service for the customer and, most likely, increasing failure demand on the organisation.

Let’s have a look at a few industries and see how this pattern plays out: 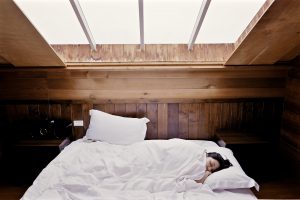 A bed to sleep in: What the customer wants

Take for example, ordering a new item of furniture. We’ll start at the sales phase – although the complete process starts before then with marketing or customer acquisition – where the customer is in the retail store.
The customer, let’s call her Lilly, is buying a bed. Lilly spends up to an hour viewing and trying beds on a Saturday afternoon, talking to the sales advisor and then committing to buying one particular bed. The sales advisor creates the order, takes details in order to arrange finance, takes some information regarding proposed delivery times.
This is the first spike. There may be finance involved and almost definitely delivery involved. Lilly is told that the delivery company will contact her by the end of the week. That’s the first disappointment, can’t they arrange delivery now for later that week? Instead, she begrudgingly continues with the order hoping for a delivery time that meets her needs.
Some customers stop the order and go elsewhere. They’ve arrange finance, but may not have committed at this stage. For Lilly, who continues with the order, she goes home, then spends her week as normal waiting for the phonecall. This is the first of the delays. In Lilly’s case, the delivery company ring her on Tuesday, two working days after the order. Two days is a long time when you’re waiting. And it’s definitely a long time when compared to the processing time in the showroom on that Saturday afternoon. So it would not have been surprising had she rang the salesman on Monday or even Tuesday morning, creating failure demands disturbing him from achieving more sales.
The delivery company have a van that delivers to Lilly’s area on Tuesdays but she’s missed the delivery for that week so it will be the following Tuesday. This is the second spike followed by the second delay.
The week passes and Lilly receives the bed at her house. She finds there’s a part missing and calls the number. There’s a spike of activity as the after-sales staff figure out what’s missing, decide what to do with it and then initiate that action. For Lilly, it’s a small part that’s missing, so they’re going to post it to her. A few days wait ensues and, on Saturday – that’s 2 weeks after the order was placed – she receives the part.
It’s broken, either in the post or during the picking process. Again she calls the after-sales and they go through the same conversation as the previous week; this time a bit more aggravated. The part arrives intact on Tuesday and 2 weeks and 3 days after the initial order, Lilly has her bed.
If we take into account a pro rata of the delivery effort, we end up with about 5 hours activity across 17×8 hours = 136 hours. That works out at 3.7%. If we look at the actual value-add activities rather than all activities, that’s probably a lot less (i.e. the original order time plus the delivery, but not arranging the bed delivery or arranging for delivery and redelivery of the missing part). Let’s say that’s 1.5 hours including ordering, picking and delivery that works out at 1.1%. That also assumes that we’re looking at working day hours, not full 24 hours as customers are becoming more accustomed to. Had we considered 24 hour days for 7 days a week, that 1.1% reduces drastically. 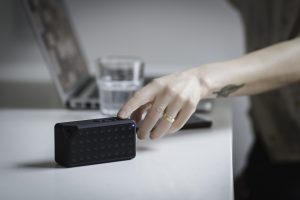 Michael is returning a bluetooth speaker to an online retailer. It’s Saturday evening but, like most, the website is 24×7. First he logs onto the retailer’s website, looks at his past orders, finds the order for the bluetooth speaker and submits a complaint. This is the start of the RMA process that’s commonly used for returning (technical) goods.
On Monday afternoon, Maria a member of the service function, replies to Michael’s email. Maria expresses regret about the fault and attaches a fault reporting form for Michael to fill out. Michael’s a bit annoyed about this; he’s already provided some of the information in his original email to the company. However, he does accede that they will want some additional information in the form.
He has to print the form but he can’t do that until he’s next using a computer that can open the pdf document and print it to a nearby printer. So on Wednesday evening, he prints the Fault Report form, writes the details and then scans it. He emails back the completed form that evening.
On Thursday morning, one of Maria’s colleagues, Zoe reads the form, agrees that the bluetooth speaker is faulty and then sends Michael the RMA note, authorising the return.
Michael has to print this out, so again has to be next to the printer. He does this on Saturday morning, boxes up the speaker and posts it on Saturday afternoon. The parcel arrives on Tuesday morning, opened by customer returns who agree with the fault, authorise an exchange to be sent to Michael and inform Michael of such. Michael reads the email on Tuesday afternoon, around the same time that the warehouse dispatch his replacement to him.
On Friday morning, the delivery company attempted to deliver the replacement speaker to Michael’s address, but as he was working, it was returned to the depot. “Fortunately” for Michael, the depot is open on Saturday morning, so he drives to the depot and collects his blue speaker. That’s not really fortunate since a better solution would have been to have checked with Michael when he would be available to receive the package. But it could be worse, the depot could work standard mon-fri office hours.
Almost 2 weeks have passed since Michael reported the initial fault, with more effort required of the customer than of the retail company (so far). Michael has probably spent 4 hours of his time in sending emails, reading emails, printing, completing forms, boxing, arranging for delivery and subsequent collection. The retail company spent 3 minutes in the initial fault report form, 3 minutes reading the fault report form, 5 minutes arranging for the RMA, then 5 minutes despatching a new one. Less than an hour. They’d also have disposal or return of the fault item plus accounting and other supporting activities. However, having spent less than an hour of “value” time in the returns process, the company managed a process that took two weeks. The ratio of value added activities to the length of time to complete the process is low, 1 hour to 24 hours x 14 days = 0.29%. That’s not uncommon. 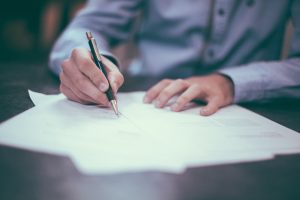 This is where I first encountered the pattern. Instead of writing about it in this article, I’m going to save it for its own article as I’d like to explore it in more depth. The pattern is rife in local government and related services.

There’s a term for this concept and formula for calculating it. It’s called CPE for Cycle Process Efficiency or occasionally PCE for Process Cycle Efficiency.
In this case, I’m calculating the time for the whole end-to-end service process. If our examples are consistent, then the service function is showing a Process Lead Time of 2 weeks per unit. That’s the elapsed time it takes from the point that the customer first contacts us to the point that we deliver the solution back to the customer.
We also require the Value Add Time, i.e. how much time per customer is spent creating or transforming value? This may actually be easier to arrive at the Value Add Time as equal to the Process Lead Time minus the Non-Value Add Time. It’s often easier to identify the steps that do not add value. Whichever route we take, we’re aiming to identify the Value Add Time for this process.
The PCE is then the Value Add Time divided by the Process Lead Time. It’s usually way lower than you initially think. If it’s above 70%, then you probably haven’t identified all the non-value add steps. To put that statement into perspective, I’ve seen PCEs lower than 1% for appallingly bad processes and improved them to 25% for a drastic improvement. Unfortunately, finding PCEs <1%  is not that uncommon.

So what can we do about the pattern?
1) Recognise if the pattern is active in your organisation’s services.
2) Focus on the delay. You’ll almost always achieve more value and improvement from resolving the delays since they outweigh the spikes.
3) Consider different methods for removing each round of the spike-delay pattern.
For example, in the returns process, the fault reporting form could be on the website, ready for customers to complete. In addition, the organisation could implement automated authorisations when submissions meet certain criteria. This could include printing returns labels on the invoices packaged with the original goods. That would be 2 of the rounds reduced.
There’s no question about the fact that fixing the problems so that they do not happen again is the most important step and will have a greater impact on CPE than any factor. However some of the above issues with CPE don’t involve a failure (such as a defective part), but are due to the inefficiencies present in the process. These are often caused by a bureaucratic need to manage risk. The question then becomes one of addressing that risk through other methods.
Do you want to comment, get in touch at @alanward.